1.Fault: a crack in the crust, whose sides show evidence of motion. 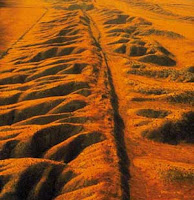 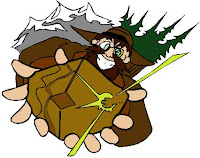 5.Weathering: the breaking down of rock into smaller pieces.

6.Erosion: the picking up and carrying away of pieces of rock. 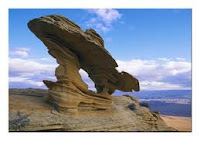 7.Deposition: the dropping off of bits of eroded rock. 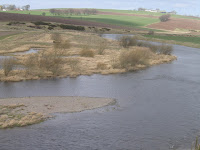 8.Meteorite: a chunk of rock from space that strikes a surface ( such as Earth or the Moon ).